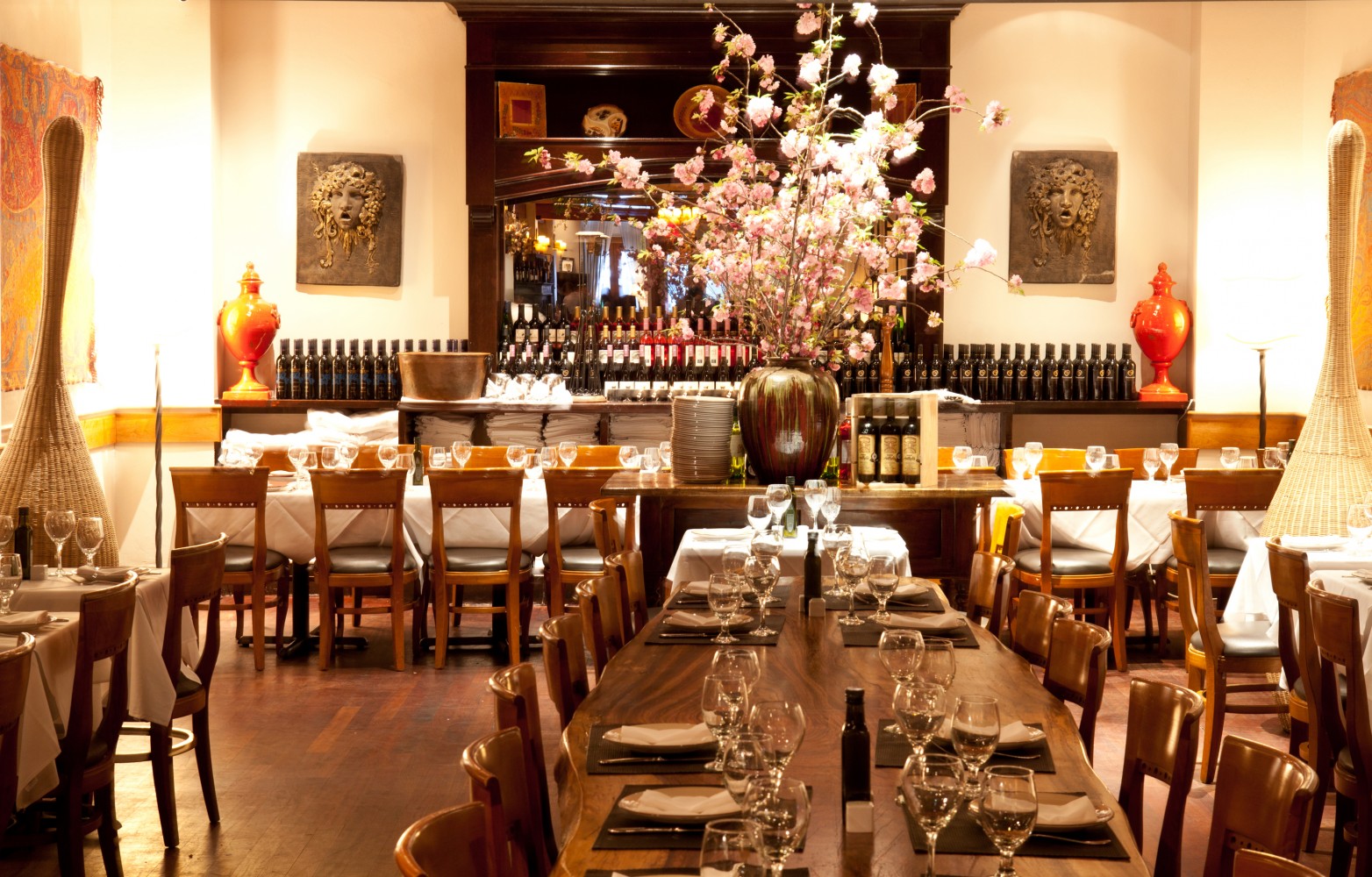 Kellari offers an elevated Greek dining knowledge about delicious seafood selections and an exquisite wine list in the middle of Midtown Manhattan. The restaurant that has become an institution during the last decade shines with elegant lighting, comfortable leather seating and crisp white linens with a Santorini feel. The restaurant's motto is “Enter as Strangers, Leave as Friends” which continues to be the case with warm hospitality complemented by fantastic cuisine. Owner Stavros Aktipis recently brought on board Executive Chef, Themis Papadopoulos that has over 20 years of experience employed in fine-dining restaurants and 5-Star hotels in Paris and Greece to elevate the restaurant's menu with traditional modern Greek touches throughout.

Chef Papadopoulos earned his education from Ecole Len^otre and as a visiting chef in the Michelin-starred The Kitchen Gallery in Paris and the 2 Michelin starred Greenhouse in London. Papadopoulos' worked like a gastronomy consultant at the Athens Was Design Hotel from 2020-2020 and spent the last seven years as the Chef de Cuisine in the Michelin-starred Le Mavromattis in Paris. Prior to that he was the chief Chef at ANEMI Hotel in Greece from 2007-2011 and for 2 yrs during that tenure also was the private head chef for the Secretary of state for Foreign Affairs in Athens. He also spent seven years at the Executive Chef of Brasserie Valaoritou in Greece from 2000-2007. Papadopoulos is now continuing his journey having a big move to america to helm the kitchen at Kellari.

Chef will introduce a new five course tasting menu this fall with Greek wine pairings from Santorini and beyond. The menu satisfies the senses and starts with pickled beetroot salmon with mango and fresh turmeric root coulis, followed by a Cannelloni bean soup with mastiha extract. Then comes a stand-out avocado cannelloni with smoked almonds, crab meat, red peppers and squid ink tuille, Seafood dolmades with pan seared langoustines and fresh herbs are served on the lobster bisque and then comes a picture-perfect Branzino Tart with /tomato concasse, yellow zucchini along with a watercress pesto. The perfect ending is a poached fig in Mavrodafni sweet wine with salep cream and walnuts.

Additional offerings at Kellari include a pre-theater menu, Greek tapas menu served nightly at the bar, a signature wine club and Dine Well rewards program with special dinners and tastings as well as an over the top Captain's Table menu which can serve 12-15 guests. This meal includes your choice or Amuse Bouche, Lobster Bisque as well as an appetizer of Charcoal Grilled Octopus from the Mediterranean or Citrus Marinated Sea Bass. Main courses includes a grilled 25-30 pound fish and a choice of four sides. Side options include: Greek Fries, Spanakorizo, Spanaki, Horta, Lahanika, Broccoli Rabe, Lemon Roasted Potatoes, Beluga Lentils or Gigantes Melitzana. Lastly, finish this epic meal with a choice of of homemade traditional Greek desserts & fruit.

Kellari Hospitality Group owner Stavros Aktipis keeps growing his restaurant empire which boasts Kellari, Cesca on the Upper West Side, a brand new Greek restaurant called Lefkes in Englewood Cliffs, Nj and that he has plans to open another Greek restaurant and cafe this winter near Columbia University.