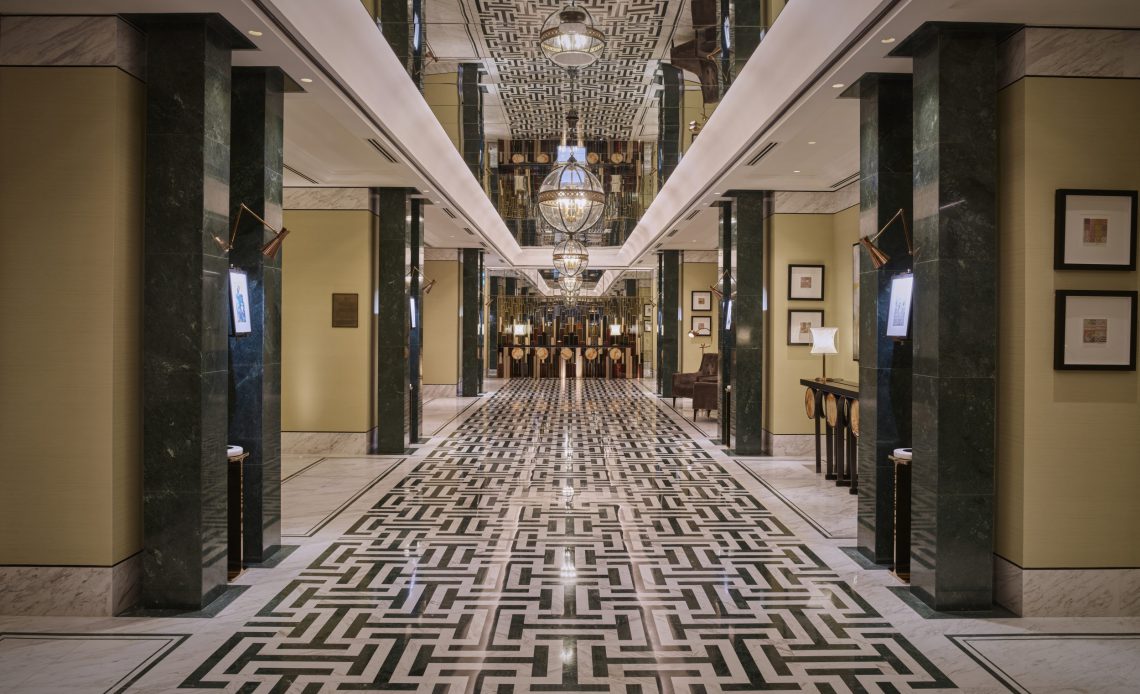 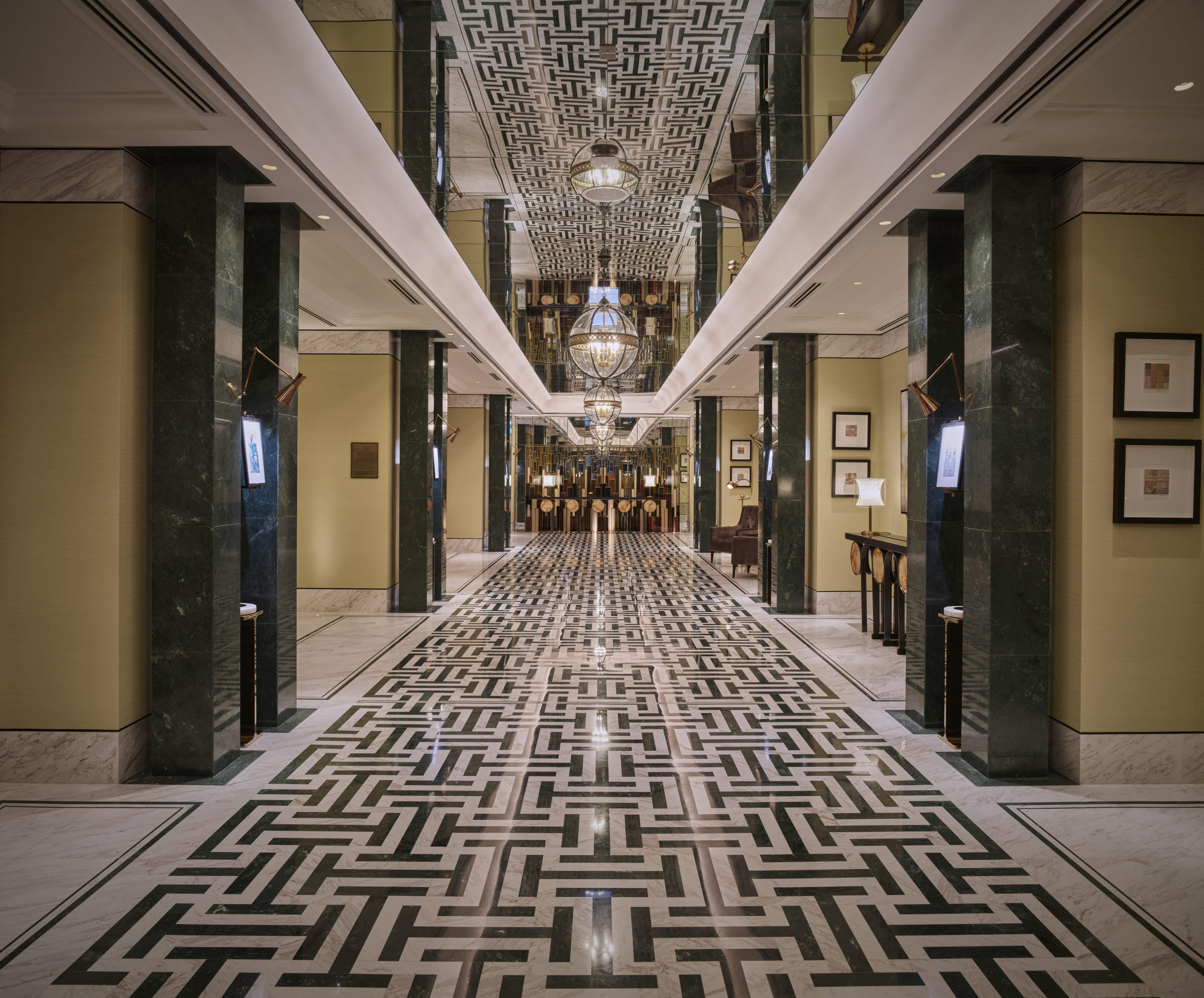 Waldorf Astoria opened its third property in the Uae captured. The new hotel promised New York glamour and supreme luxury in the middle of the Dubai International Financial Center (DIFC). Elite Traveler was invited to determine whether Waldorf Astoria DIFC has delivered.

The 275-room hotel occupies the 18th to 55th floors from the Burj Daman, an enormous complex made up of residences and office towers. High-speed elevators whisk you as much as a luxurious lobby that appears to be taken straight from early 20th-century New York. Marble, ebony, walnut, brass and bronze have all been generously used to make this feel something like the initial Waldorf and Astoria hotels on Fifth Avenue.

Guests is going to be immediately attracted to the floor-to-ceiling windows, that offer widespread views out over the industrial canopy that's the DIFC. The Burj Khalifa, by far the world’s tallest tower, is the obvious centerpiece of a stunning cityscape. The floor-to-ceiling windows can be found in all 275 guest rooms, including 46 suites and 28 residential suites, so the view could be enjoyed in private too. 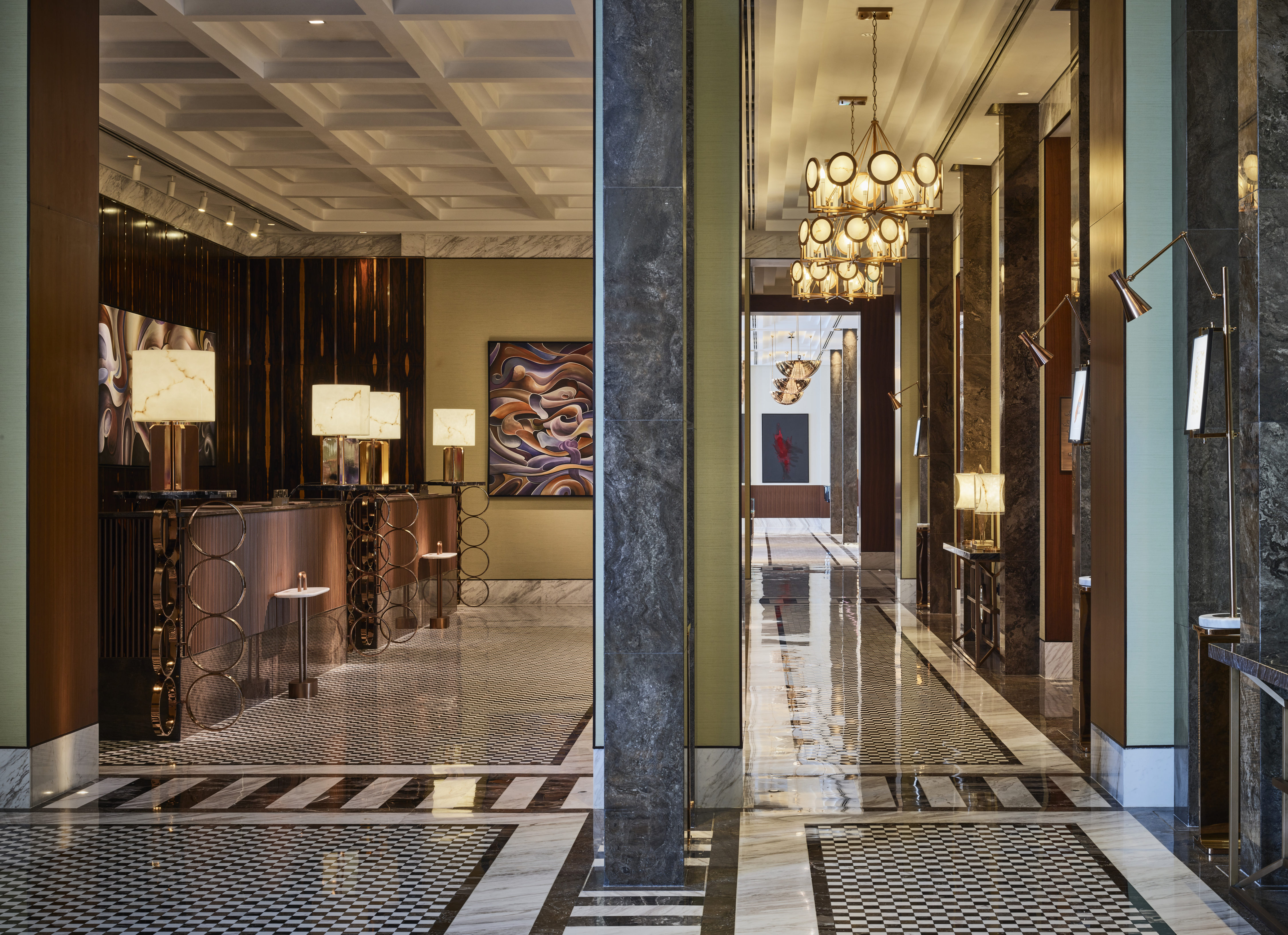 The high percentage of suites is a proof of the elite clientele your accommodation suits. The pinnacle of luxury may be the Presidential Suite, which offers 4,402-square-feet of space and all sorts of amenities required for the best retreat. It has ample living, entertainment and sleeping space as well as unrestricted views over the city, the gulf and also the Arabian Sea. There is also a butler area with separate entrance, allowing for discreet yet attentive service in the expertly-trained staff.

The hotel also provides an array of residential suites for all those based in Dubai a bit longer. And a full kitchen with high-end appliances, the apartments also come with laundry facilities and supremely comfortable living areas. Even though the apartments support the same level of opulence as the rest of the hotel, the luxury furnishings tend to be more subtle and for that reason much more homely.

A Peacock Alley is present in all Waldorf Astoria hotels and DIFC is no exception. This is an excellent spot to escape the confines of your room while remaining in a stylish and peaceful environment. Take afternoon tea whilst sitting under the traditional clock, another element present in all Waldorf Astoria hotels. There is even a dedicated smoking room with its very own humidor for individuals who enjoy a cigar. 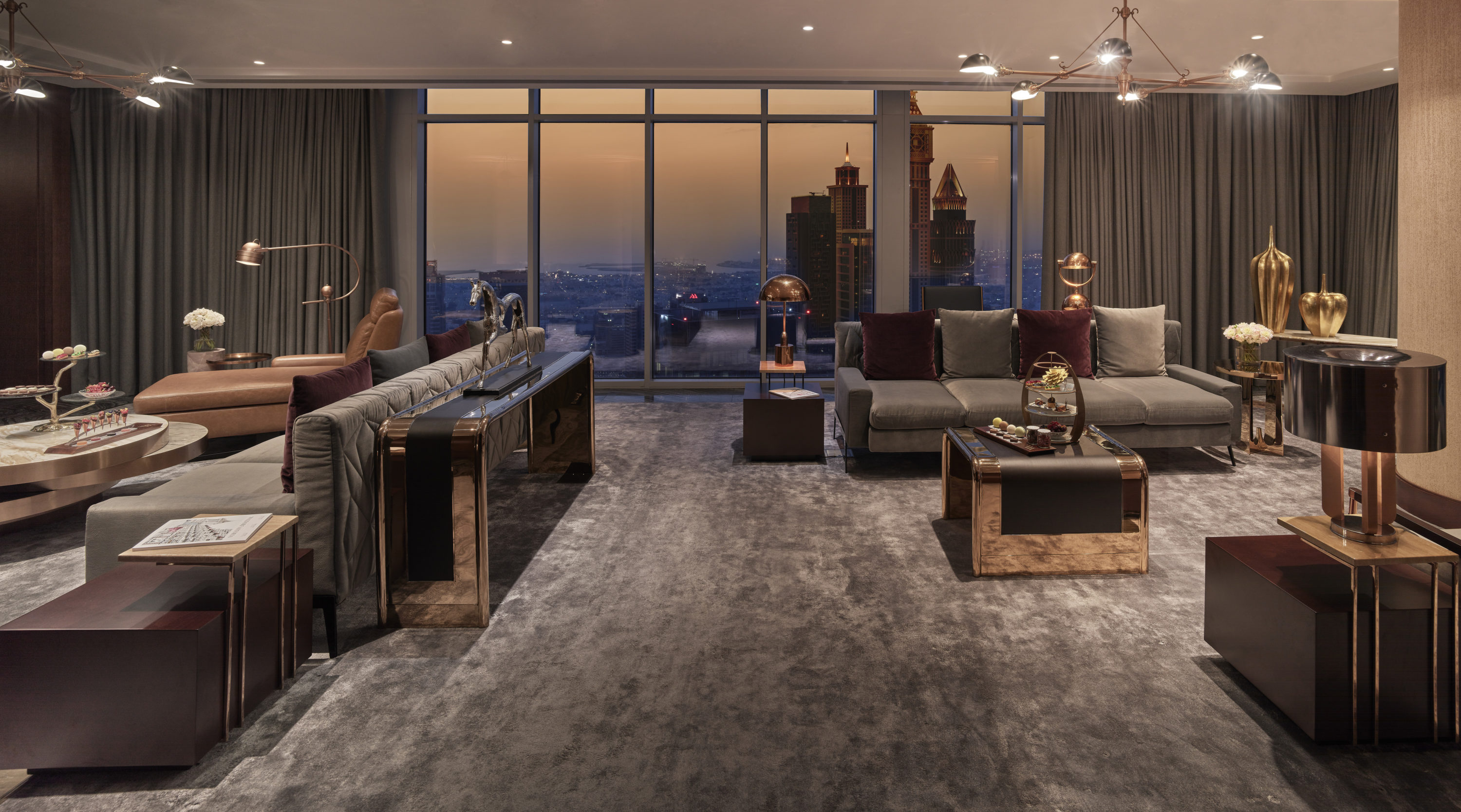 The main family room within the Presidential Suite 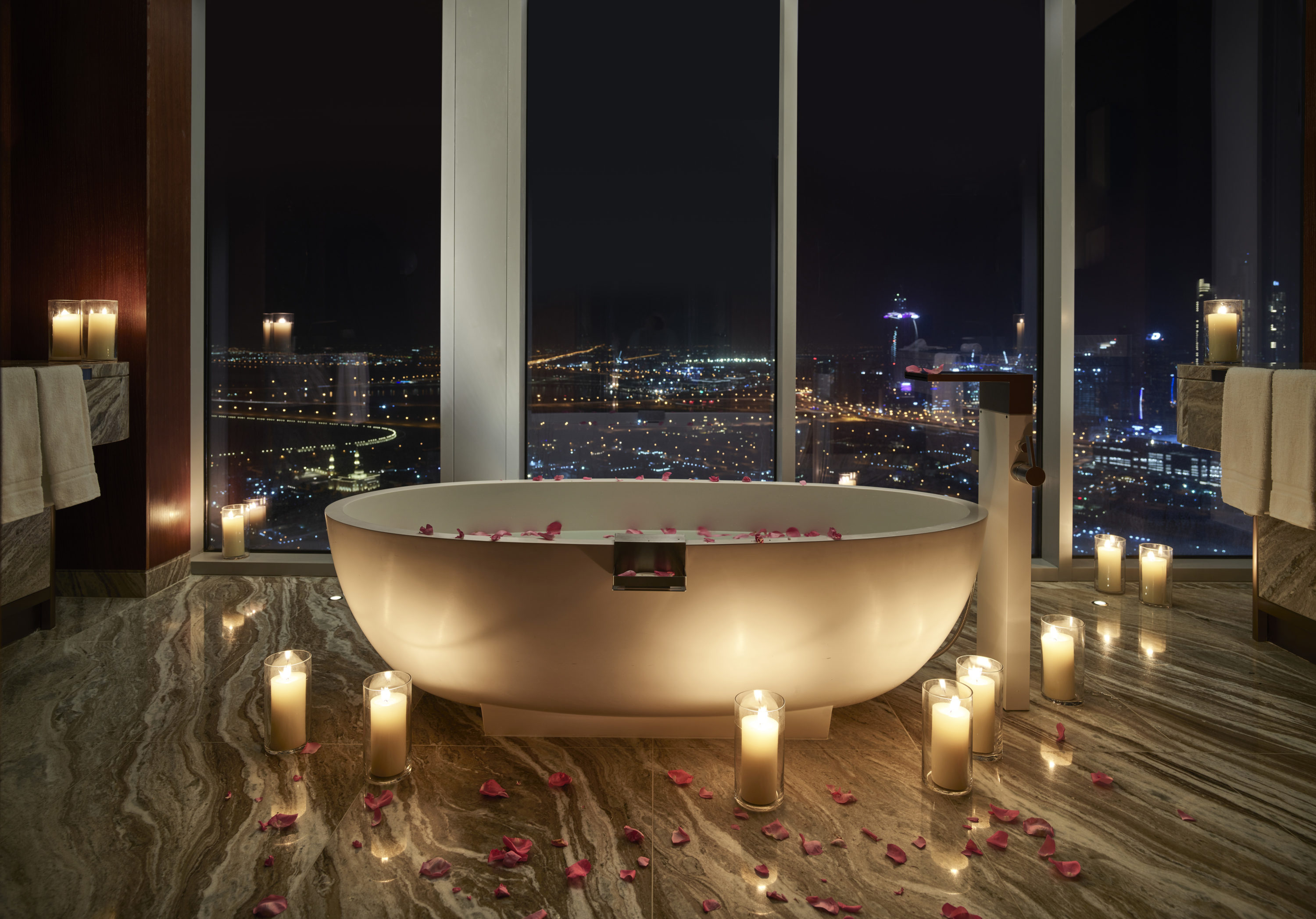 A bathroom having a view in the Presidential Suite

Space is at an exceptional premium within this place in the world, and that is evident using the hotel’s compact spa facility. At 2,852 square feet, it is certainly small but designers have ensured that every bit of space is properly utilized.

Upon arrival, guests will be inspired to smell a selection of scented candles. A treatment is recommended based on which scent speaks to you the most. You then visit certainly one of four distinctive themed suites, each offering a private and personalized wellbeing experience complete with bathroom and relaxation facilities.

The Floatation Suite is the most interesting of the four, offering a weightless experience that deceives your body into feeling as if it's had a long, deep sleep, enhanced by salt inhalation to enhance breathing, lung efficiency and detoxification. It is one of the only places in Dubai that such an experience is provided by a hotel spa.

There is also a fitness center designed with state-of-the-art Technogym machines for all those needing to blow off some steam as the hotel also provides personalized yoga and meditation sessions from in-house instructors.

Walk into the hotel’s restaurant, Bull & Bear, and you're simply immediately met with a striking statue of these two animals. The golden sculpture was hand-forged from iron and is a fitting piece for that elegant and complicated restaurant interiors. The use of rich blue, gold and black creates a photogenic atmosphere. Seal yourself a table through the window to savor spectacular views out towards the Burj Khalifa, particularly at night as it sparkles like a futuristic space ship get yourself ready for take-off.

The dinner menu is definitely an eclectic affair that is clearly designed to cater to all taste buds. Head chef Giovanni Paolo Pintore presides over the kitchen and ensures signature dishes like Our Prawn Cocktail and Alligator Pear are executed to his high standards. The menu is meat-heavy (the oversized Bull & Bear Burger is a carnivore’s dream) but there are several accomplished vegetarian and vegan options as well.

For dessert, Ring The Bell is a show-stopper. Your waiter will pour hot chocolate fondant on the delicate shell. It appears to take a time to melt before collapsing to reveal dulce crispy pearls, toasted marshmallow and ice cream.

After dinner, go to the hotel’s own rooftop bar St Trop for an elegant nightcap. This stylish alfresco lounge includes a pool and whirlpool for any daytime dip but becomes a trendy hangout by night. Having a fantastic cocktail menu and a DJ, it feels like the place to appear in Dubai’s financial district. 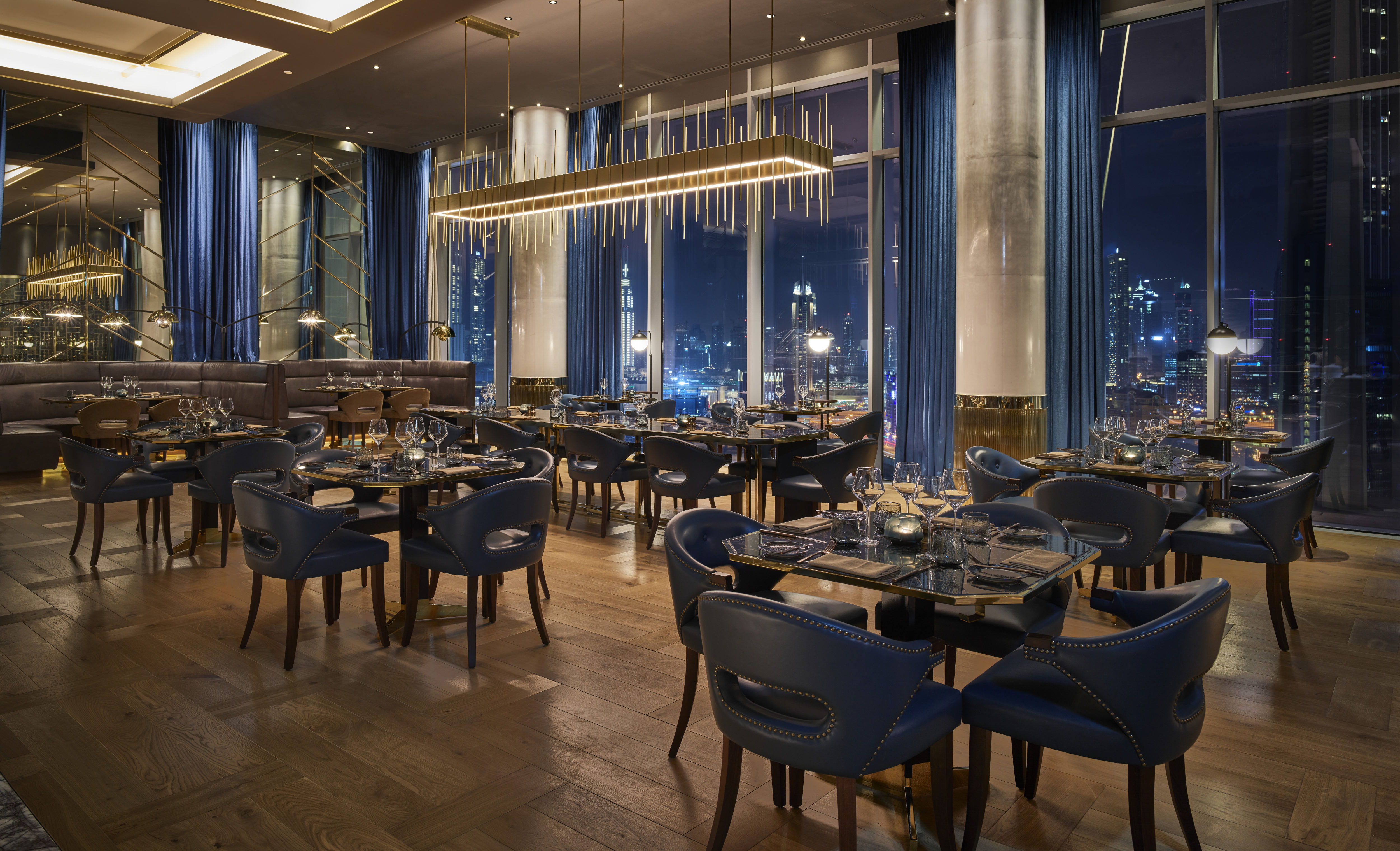 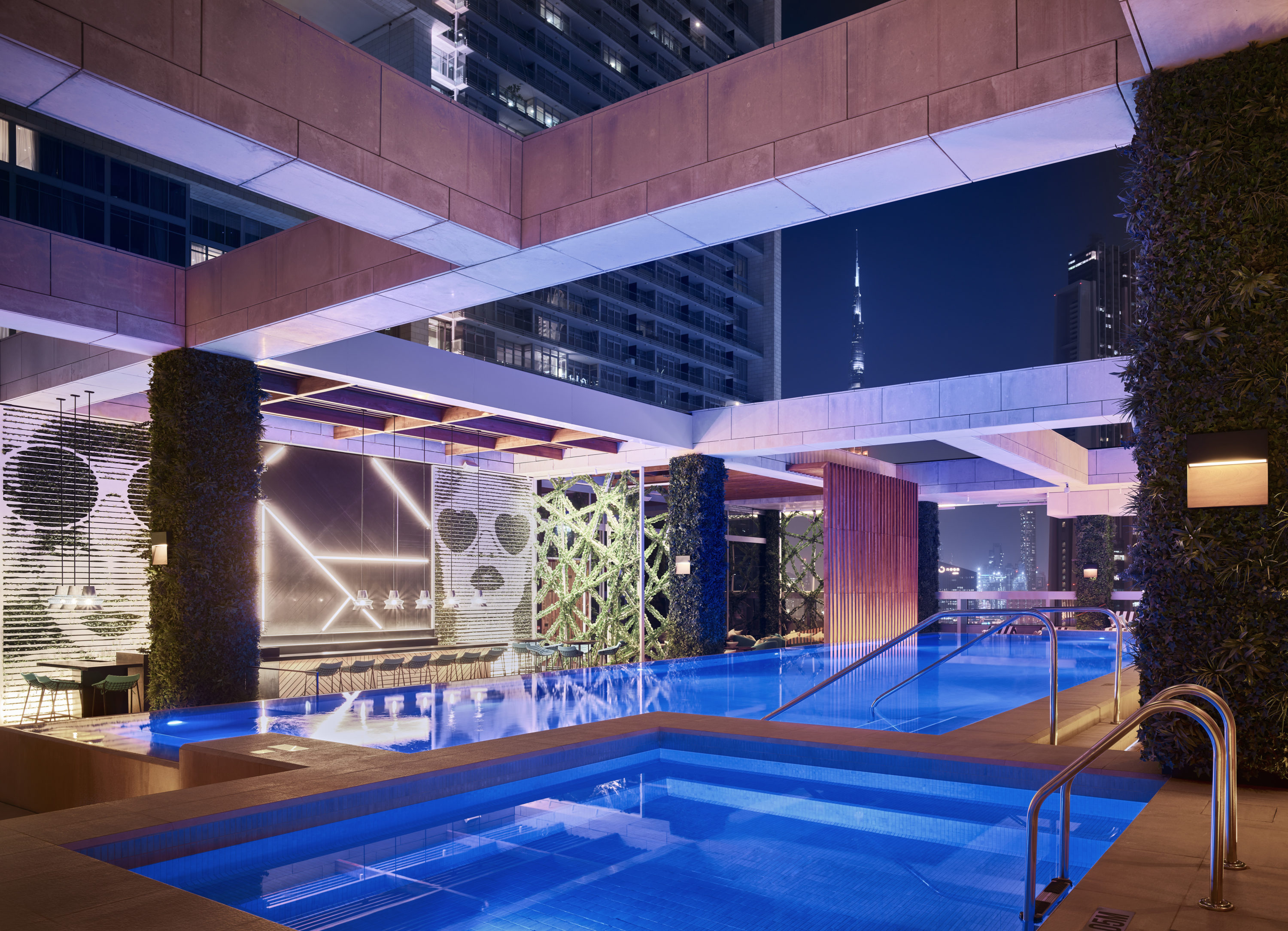 It may be the financial district, but there's plenty to see and do from our area. The hotel is a stone’s throw from Dubai Mall, the largest retail center in the world. There are countless luxury boutiques to understand more about, but Dubai Mall is not just for shoppers. It’s aquarium, ice rink and go-karting track provide entertainment for the entire family. Then, go to the Burj Khalifa’s Sky observation deck on Level 148. This can be a newer and more exclusive deck from the one on Level 125 and also at 1,820ft may be the highest on the planet.

For something extra special, go out towards the desert dunes and dine under the stars inside a luxury Bedouin-inspired camp. Waldorf Astoria's concierge team can enlist the help of luxury events specialists Nara Desert Escapes to curate an experience that delivers on the hotel's promise to 'Live Unforgettable'. Ride camels over sand dunes, watch an experienced peregrine falcon swoop on its prey and marvel in the stars before sitting down to an alfresco meal which will live long within the memory. 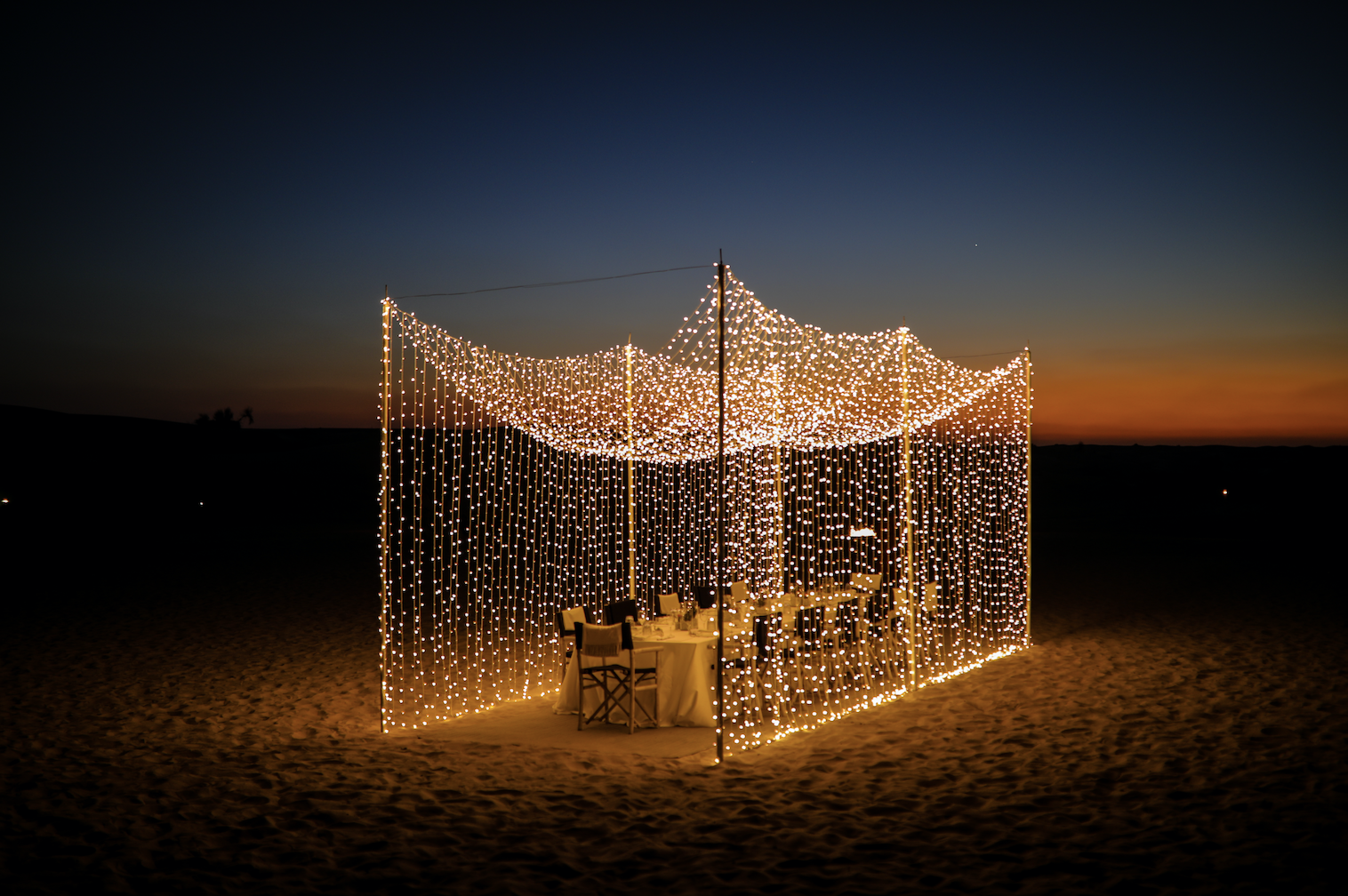 Special events can be organized upon request