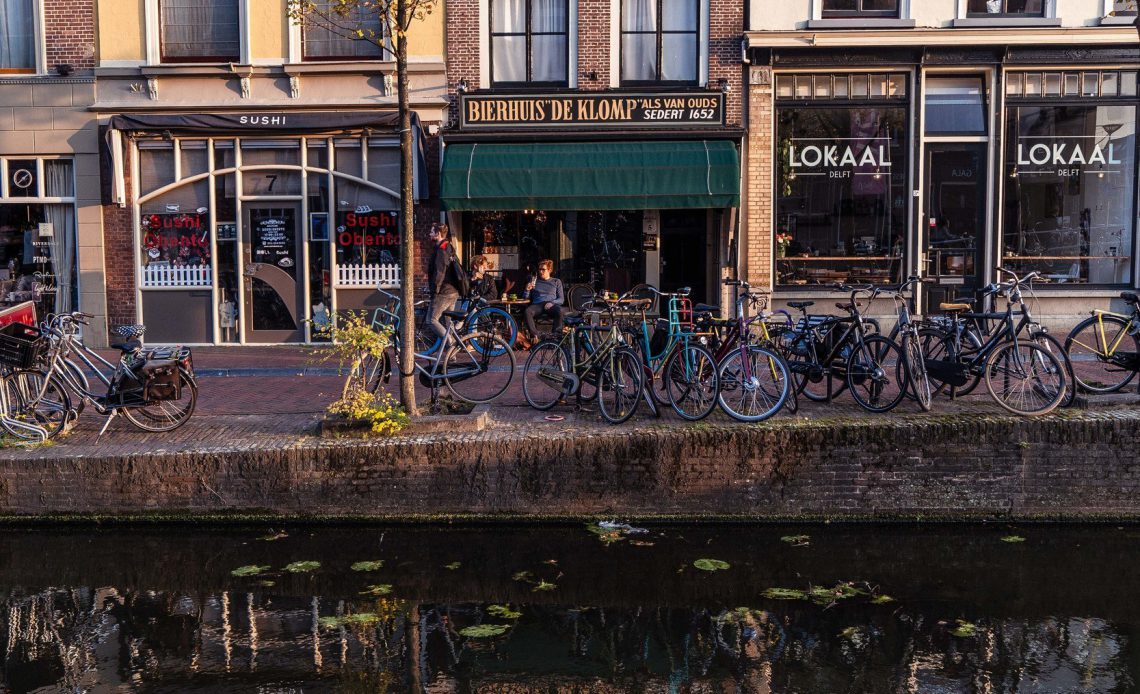 Delft is really a beautiful Dutch city famed for its meandering canals, prestigious university, and Delftware pottery (also known as Delft Blue). Whilst in the city, you’ll want to dedicate a couple of hours to wandering around, snapping photos, to see where your feet take you. And, if you’re keen on all things beer-related, then you should definitely check out Bierhuis De Klomp, the oldest bar in Delft.

The University town of Delft: the place to find Delftware Pottery

If you’re visiting Southern Holland, then you’re fortunate. This part of the Netherlands hosts plenty of incredible scenery, as well as a number of stunning cities: the beach resort city of The Hague, and also the university town of Leiden to name but a few.

So after you’ve seen the must-sees within the Netherlands, then take yourself on a day trip to Delft. The town are available just forty-five minutes via train from Amsterdam and just a fifteen-minute journey from The Hague city centre. Once in Delft, there are a number of typically Dutch sites you’ll want to discover…

Should you are feeling so inclined, you can check out visit a free illustration showing the development of Delft pottery in the De Delftse Pauw. This fifteen minute guided tour provides you with a glimpse into how the clay is moulded, the firing process, how the vivid shirt is created, and even enables you to see a few of the Delftware being painted.

In the center from the city, the Oude Kerk (old church) is really a Gothic Protestant Church having a famous leaning tower, as the City Hall is among the most beautiful buildings in this region of Holland. For all those without any fear of heights, the New Church (Nieuwe Kerk) can be found in the very heart from the old area of the city and it is impossibly high tower of 85 metres offers the best viewpoint of Delft.

The ascend to the peak comprises of 376 wooden steps and enables 360-degree panoramic views within the city. Came from here, it’s possible to spy the canals, Dutch architecture, and even the city’s iconic windmill, that of de Roos Windmill.

First founded as a café and beer house during the 17th-century, the Bierhuis now touts itself as the oldest beer bar and café in Delft. Even though the building goes back much earlier, to 1538, the café itself has been open for those manner of drinks since 1652.

Up before the 1980s, beer was just sold from jugs as the taps were not installed until this time around. De Klomp is very literally translated into English as ‘the clog,’ not to mention, along with the windmills, the wooden shoe is one of the most iconic indicating the Netherlands.

It would be a crisp autumn afternoon as we rode our bikes into Delft. The leaves had turned that beautiful golden hue and were rapidly dropping in the trees, blanketing the entire city inside a carpet of orange. The sky was blue and also the sun was beginning to droop down towards the horizon.

We parked up, just outside the city centre, and made our way into Delft on foot. Incidentally, once you’ve arrived, the sheer compactness of the city (as well as insufficient bicycle parking spaces during certain periods), implies that the best way to explore Delft is by walking.

After meandering through the many cobbled lanes and eating an especially large part of fries, we made our way to the oldest bar in Delft. Set across three rooms, the Bierhuis lies alongside one of the more beautiful canals from the city and has a bar area, lounge area (complete with couches and low tables), and a more informal games room the back.

And so, we made our way into the dimly lit bar (it’s all candlelight in here) and were told to create ourselves comfortable once we perused recption menus. You will find a large number of things to select from; including sodas, non-alcoholic hot beverages, some forty types of bottled beer, along with a quantity of draught beers. Safe to say, should you opt to visit Bierhuis de Klomp, you certainly won’t be stuck for choice!