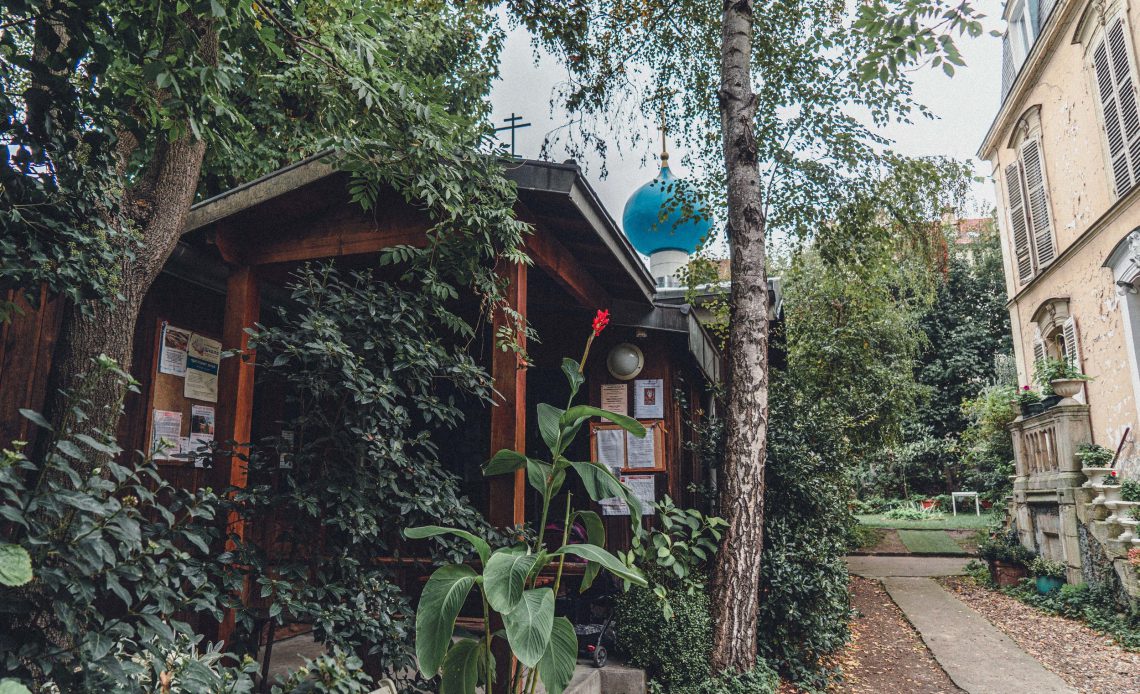 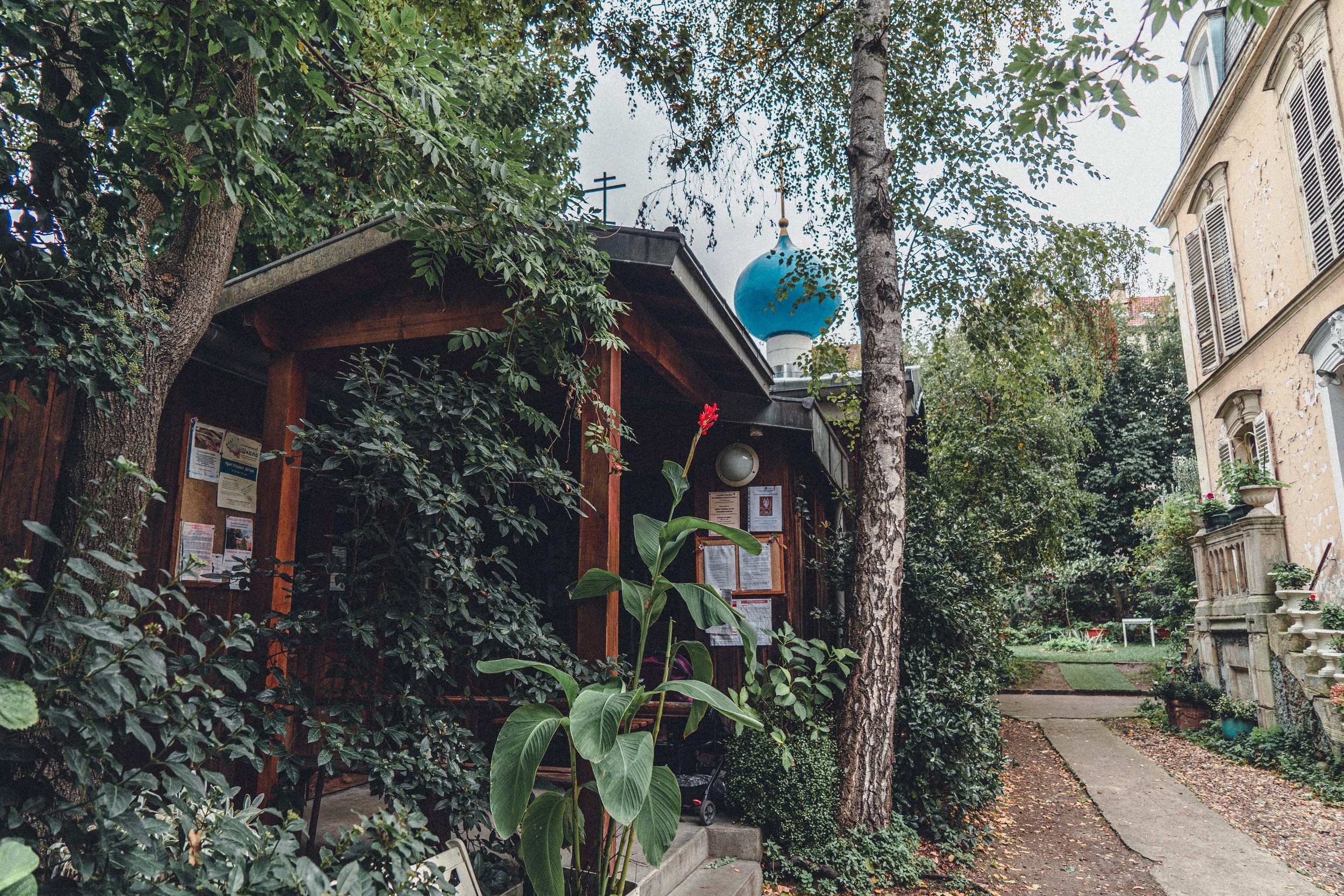 Most first-timers in Paris will lose out on a visit to the 15th arrondissement in favour of districts where there are lots of big monuments and even more items to see. However, the residential fifteenth still has lots of secrets to uncover, especially the wooden Eglise Saint-Seraphin-de-Sarov, which is tucked away inside a forgotten courtyard and is even harder to find…

Easily the best-kept secret of the 15th, Saint Seraphin de Sarov Church is exclusive in that it’s a wooden structure with a blue dome… and it’s hidden away behind a Haussmannian door in an otherwise unsuspecting courtyard.

So hidden may be the teeny tiny ecclesiastical building, that I actually missed the entranceway the very first time I wandered down the street in search of it! In fact, it was once heading in the nearby perfume store and politely asking the woman who worked there how you can get to the church that I had the correct instructions!

A history of Eglise Saint-Seraphin-de-Sarov

Wooden exterior and beautifully ornate interior, the first church on-site was really not constructed before the 1930s and was consecrated in 1933. Funded by many small donations from local residents from the 15th arrondissement, the Russian Orthodox chapel features a pretty interesting interior!

After all, within the heart of the church, there are two maples, such as still alive and growing. Otherwise, the inside features the type of ornate gold gilt iconography that's so symbolic of Russian Orthodox churches. Some of the pieces of art within the church are by Jeanne Reitlinger et de Mère Marie Skobtsov.

The church the thing is today was actually erected in 1974 on the website from the previous 1930s wooden structure. The church is essential to those who fled to Paris throughout the Russian Revolution on account of their loyalty to Tsar Nicholas II. Ever-so-unique for this a part of Paris, I highly recommend checking it if you’re in the region!

Head to rue Lecourbre, probably the most historic and ancient streets to strike its way through the 15th arrondissement and you’ll soon find a myriad of residential buildings interspersed with small boutiques, independent eateries, and some from the quaintest florists within the entirety of Paris.

Press the button at the bottom of the keypad towards the right-hand side from the doorframe and you’ll hear the buzzer sound. Push open the door and you’ll be greeted by a quaint cobblestone courtyard full of plants and some pretty two-storey houses.

Carry on to the second courtyard and you’ll soon spy nowhere dome that towers above the rest of the courtyard buildings. The wooden chapel itself is to the left-hand side of the grand mansion house and it is behind some green high railed gates. All around, you will find floral borders and well-kept trailing vines.

Unfortunately, they were locked during my visit, although the church can nonetheless be admired, admittedly from a few steps away! For those who desire to see inside the church, the ecclesiastical building is really only open for a few select days all year round;

Eglise Saint-Seraphin-de-Sarov is open during the Journées Européennes du Patrimoine (European heritage days) in addition to during la Fête des Jardins. Weekly services are held Saturday: vigils at 6 PM and on Sunday: divine liturgy at 10 AM.